Bold brushstrokes, strong movement, and saturated colours permeate the artwork of painter Brad Kenny. The rich expression that Kenny’s work is known for is more than a style, but a language onto itself.

Born in Epsom, Surrey in the U.K. and obtaining both his MA and BA with Honors in Fine Art from the University of Chichester, Kenny has developed his distinct style by approaching art as a unique form of communication. As a dyslexic artist, Kenny is drawn to crafting brushstrokes and paint into visual messages that convey his ideas and emotions more clearly than any words in a sentence could. The limitless expression possible through art gives Kenny a language to more deeply explore and articulate his subjects. Through developing his own visual language composed of abstraction, distortion, and bold colors, Kenny visualizes subjects such as individual experience, emotion, and identity, whether in his more abstract works or his portraiture.

Kenny’s works are held in private collections internationally, with pieces in the United States, Hong Kong, the United Kingdom, Germany, Spain, Russia, and several other countries. Kenny has also be featured on UK Channel 4 documentary episode “Flawless”. Art enables Kenny to express the experience of life in our contemporary age with a voice that transcends the barriers of language.

Brad Kenny lives and works from his home in Wimbledon, U.K. 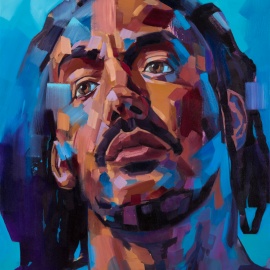 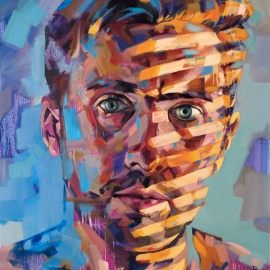 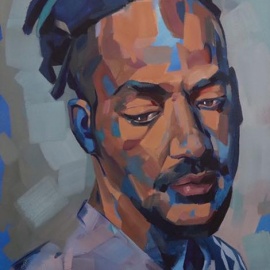 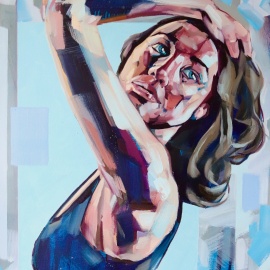