Helen Gørrill’s collages explore ideas about time, history and reality; using contemporary imagery that juxtaposes with the Old Masters she sets out to reappropriate. Her new artwork focuses on vandalising old masters and reviving art historical portraits through photo bombing and incorporating elements from contemporary sub-cultures, and often incorporates media such as lipstick, eyeliner and human hair. Within this context, the striking images hover between the 17thcentury and today’s climate of uncertainty; the deliberately defaced portraits by old masters refuse to become the passive objects they once were. Helen Gørrill's collaged and painted portraits have been commissioned from prestigious clients such as the new Bankside Hotel adj. Tate Modern in London.

Helen Gorrill was awarded a Doctorate in contemporary British Painting in 2017, co-supervised by the Royal College of Art. Her PhD thesis Women Can’t Paint was subsequently acquired by the prestigious publishers I.B. Tauris/Bloomsbury.

Due for publication in March 2019, the book is predicted to become “an important historical text” and “every art student’s bible”; and underpins the artist's current practice. She is known for her controversial works: in 2009 her degree show, featuring drawings inspired by religious pamphlets that featured dominant women and sexually submissive men, was censored.

Guardian writer Henry Porter wrote, "The male figures have been censored but to protect whom? The spam I receive contains more indecency than [Dr] Gørrill's work. And it is much less interesting because she makes a valid point."

Helen Gørrill’s practice is prolific and diverse, stemming from international artist residencies – and she is one of the few British artists (alongside Tracey Emin) to have her work selected for New York Brooklyn Museum's digital EASCFA archive.

Read Helen Gørrill’s piece from The Guardian "Are Female Artists Worth Collecting?"

"Bankside wants to be seen as a kindred spirit of Tate Modern, and projects its vision in colourful flourishes. It's designed by Dayna Lee, a former film set director based in Los Angeles. Her blueprint includes the panels from Fifties pinball machines fixed to one wall, and a mezzanine lounge area where novels from the same decade are left on shelves for guests to read. Nevertheless, the overall vibe is of-the-minute London-centric. Art in the reception includes pieces by British artist Helen Gorrill, which deliberately deface classic portraits of Shakespeare and Sir Christopher Wren, the architect behind St Paul's Cathedral"

The Telegraph: 17 November 2018: Portrait of a stylish stay

You cannot see Tate Modern from the Bankside Hotel. The contemporary-art behemoth of London’s lower river’s edge skulks a quarter-mile to the east, separated from its latest near-neighbour by the parallel lines of Blackfriars Bridge and the tracks of the adjacent railway hub. Indeed, despite its mighty heft, you cannot see a single brick of the power-station-turned-cultural-titan from the hotel door on side-street Upper Ground, as the even loftier One Blackfriars residential skyscraper – under development – blocks the view.

But there is no disguising that it is Southwark’s most visible post-industrial building with which the Bankside Hotel most wishes to fall into harmonious step. The freshest addition to the Autograph Collection brand of luxury boutique hideaways – whose portfolio has stretched to more than 160 properties since its foundation in 2010 – wants to be seen as a gallery almost as much as a place of lodging, with its 161 spacious rooms.

Its ambition is clear in the corridor off the reception, where three portraits position it as both cleverly modern and in sync with the area around it. All are the work of Helen Gorrill; all fit this British artist’s collage style of taking a famous image and adapting it with incongruous 21st-century adornments – a process she has called “vandalising old masters and reviving historical portraits through photo-bombing and combining elements from contemporary sub-cultures – often using media such as lipstick, eyeliner and human hair.”

But if her treatment of the Mona Lisa – Da Vinci’s smiling noblewoman, glamorous in a graffiti-daubed headscarf bearing the words “Stay Wild” – is merely amusing iconoclasm, her transformations of Shakespeare and Sir Christopher Wren find their targets precisely. The Bard is captured in white trainers, with a skateboard in his hand – a nod to the proximity of the Southbank Undercroft Skatepark (next to Waterloo Bridge) and the Globe Theatre. Wren has a pigeon perched on his left wrist, as a comment, perhaps, on the number of said birds you might encounter outside his greatest creation, St Paul’s, but mainly as a reminder that you can see the colossal-domed 17th-century cathedral from the entrance – and that, in setting up here, the hotel has slipped into grand, historic company.

Gorrill is represented by the Contemporary Collective – an art gallery born into the creative swirl of Hackney, east London, in 2006, and now based at Somerset House on the Strand. It has made a mission statement of “supporting young artists in the emerging stages of their careers, to provide them with meaningful exposure and access to the market place and collectors”. It will curate the hotel as, effectively, an extension of its own space, filling its walls with the paintings and visions of talented individuals. 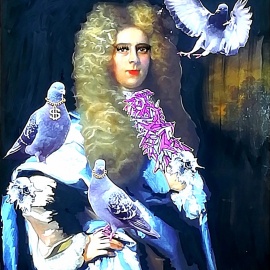 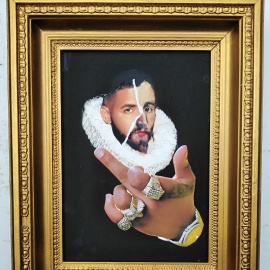 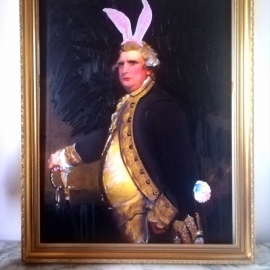 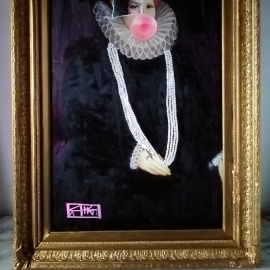 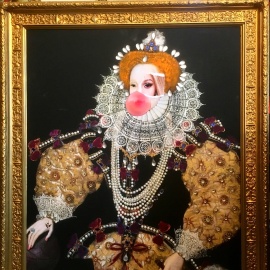 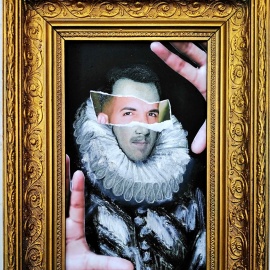 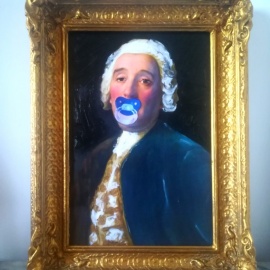 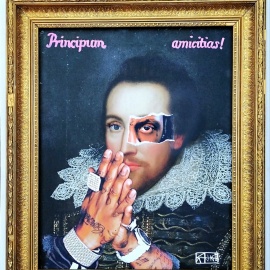 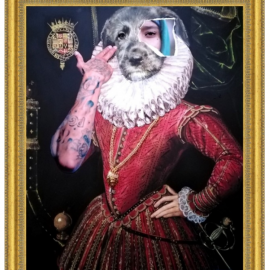 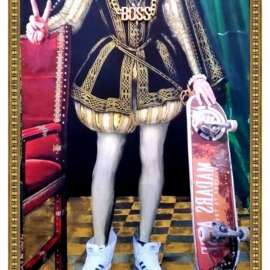 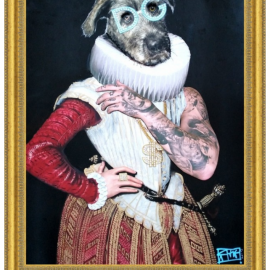 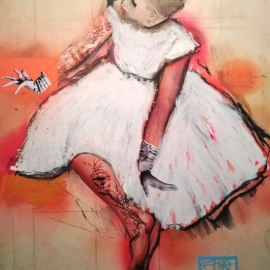 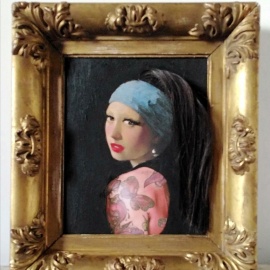 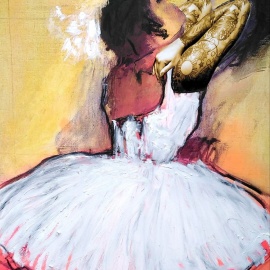 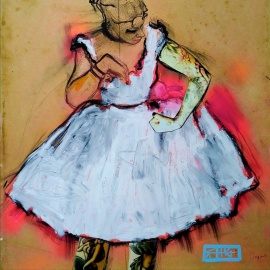 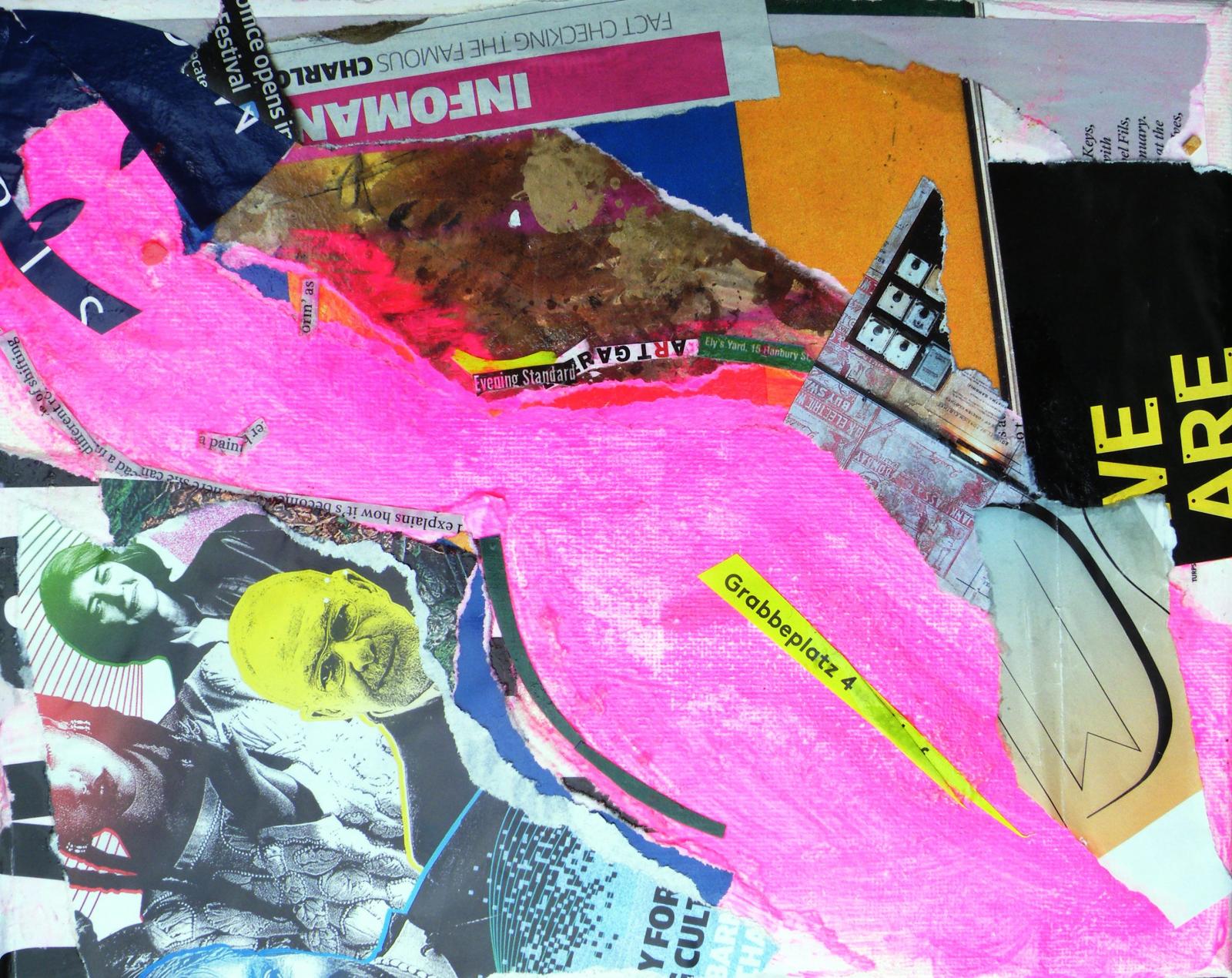 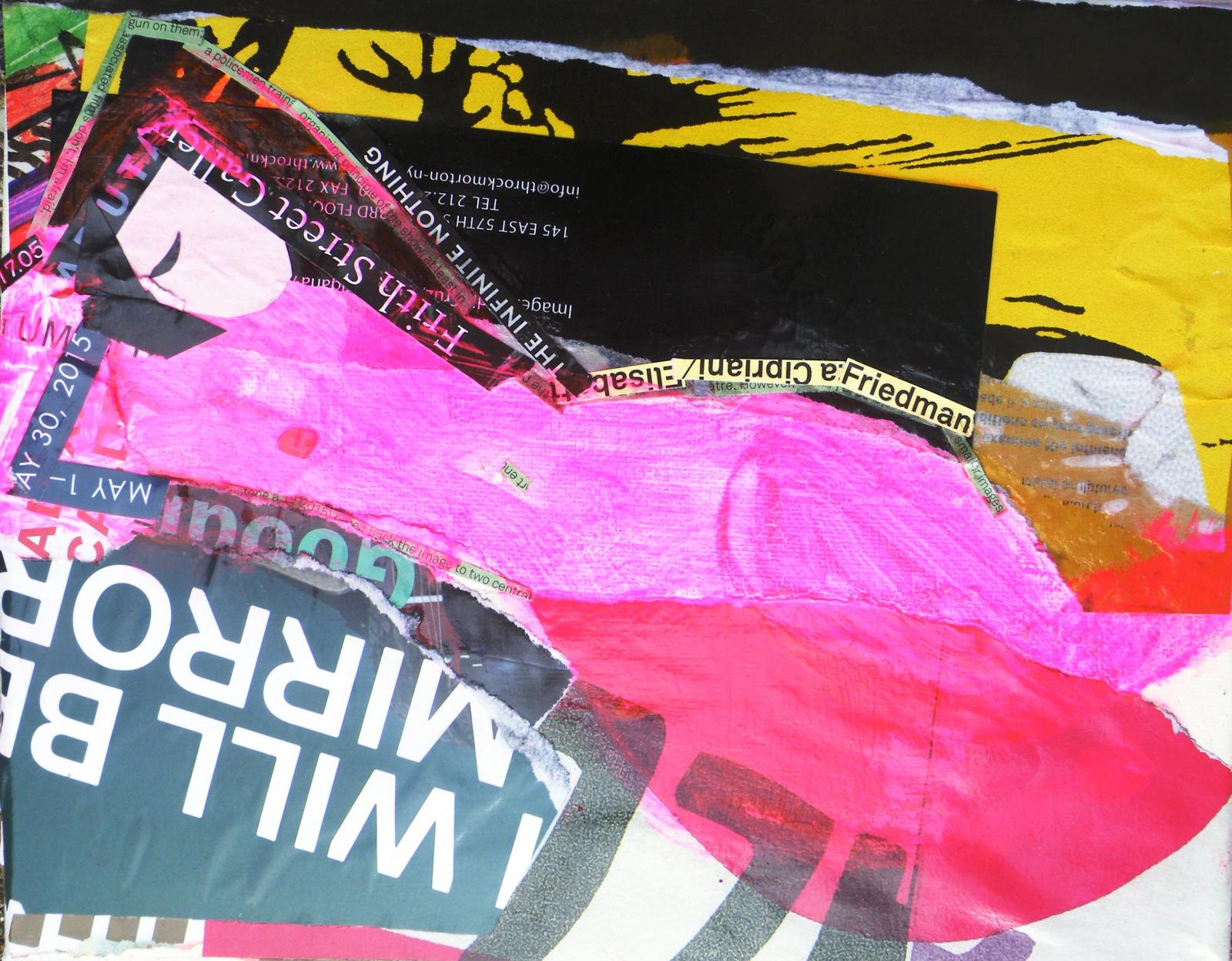 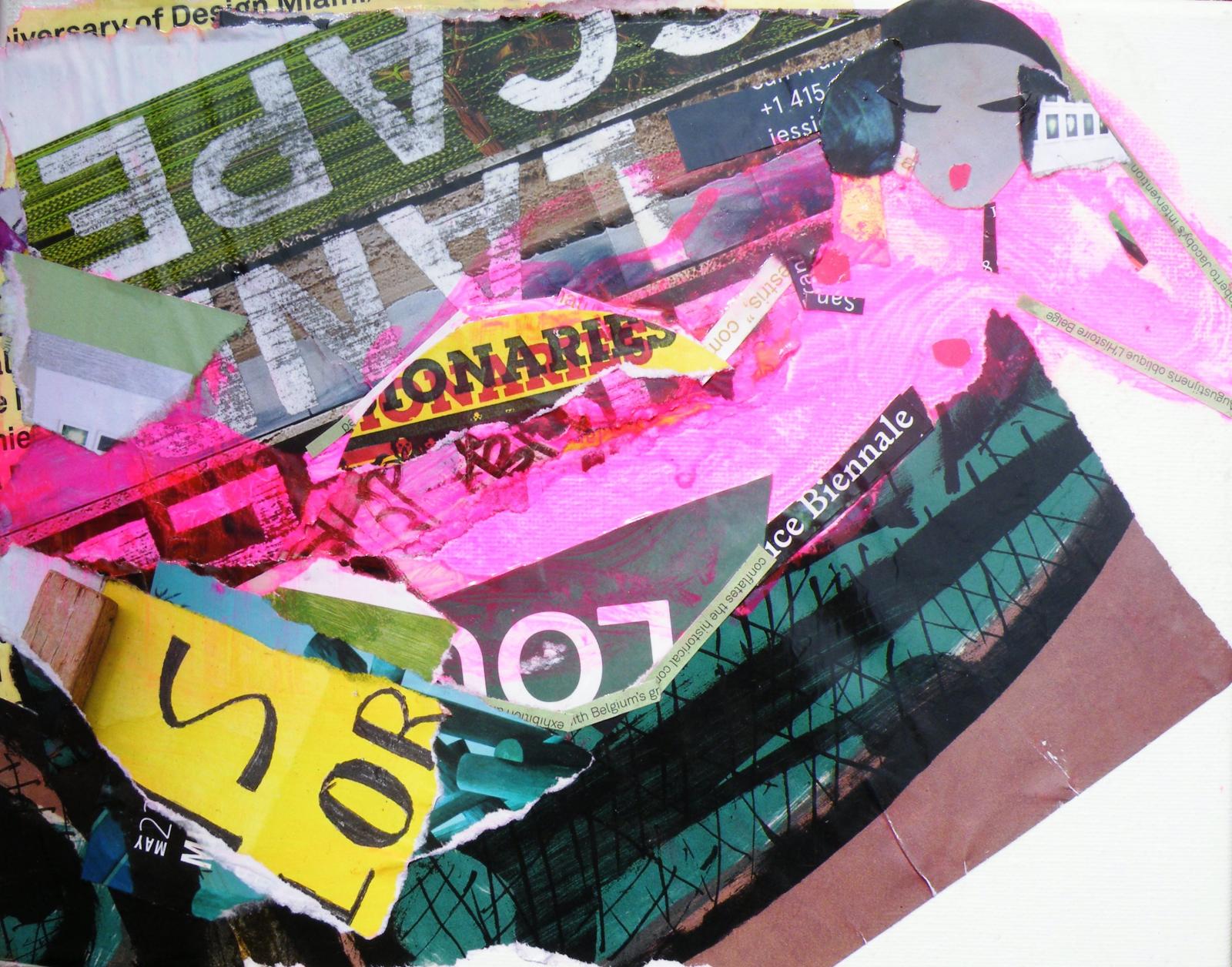 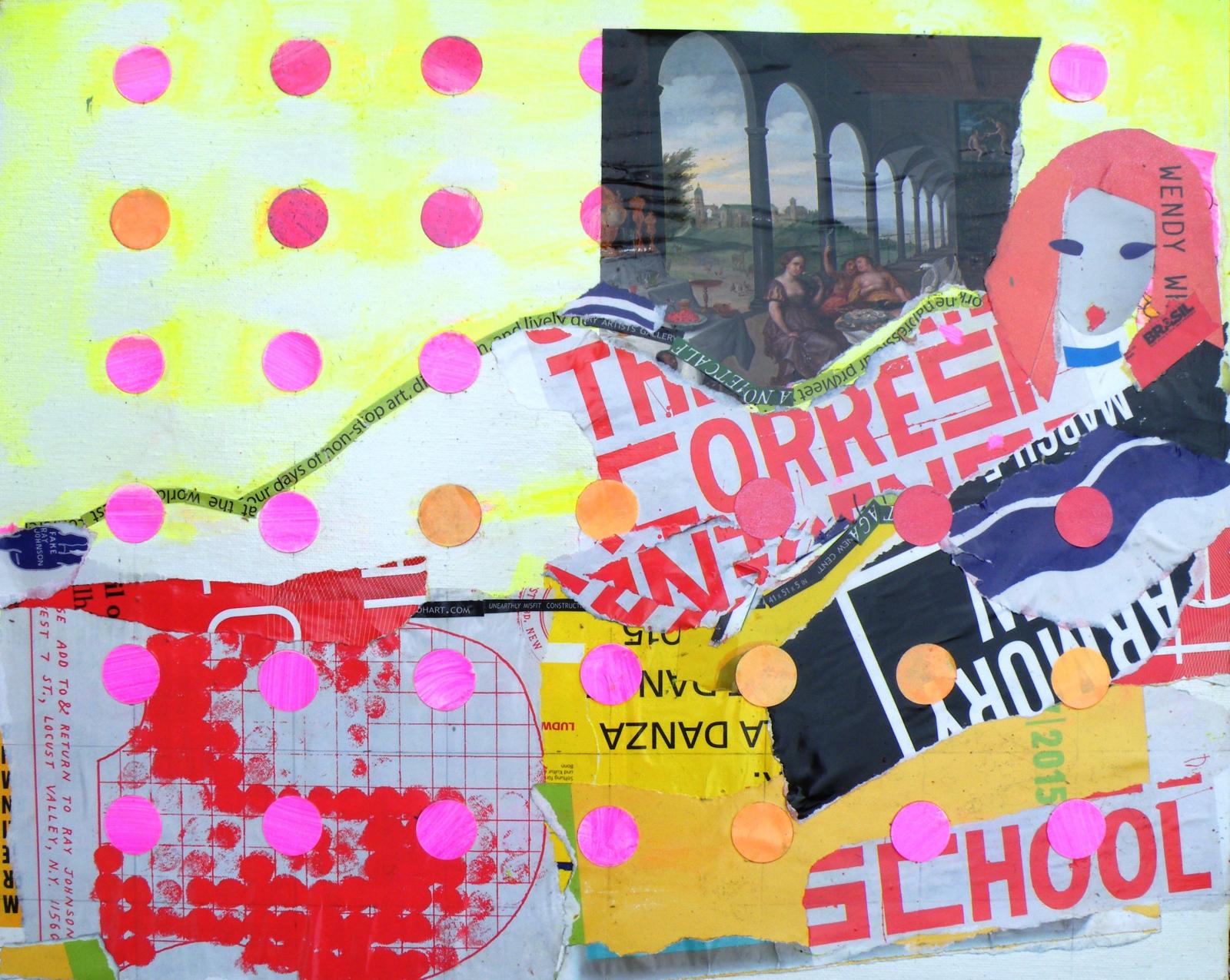 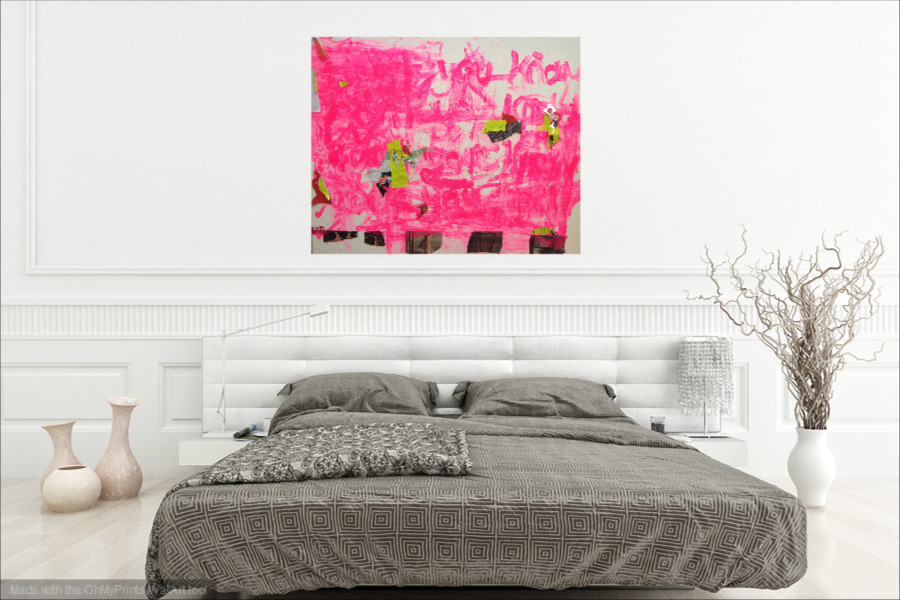 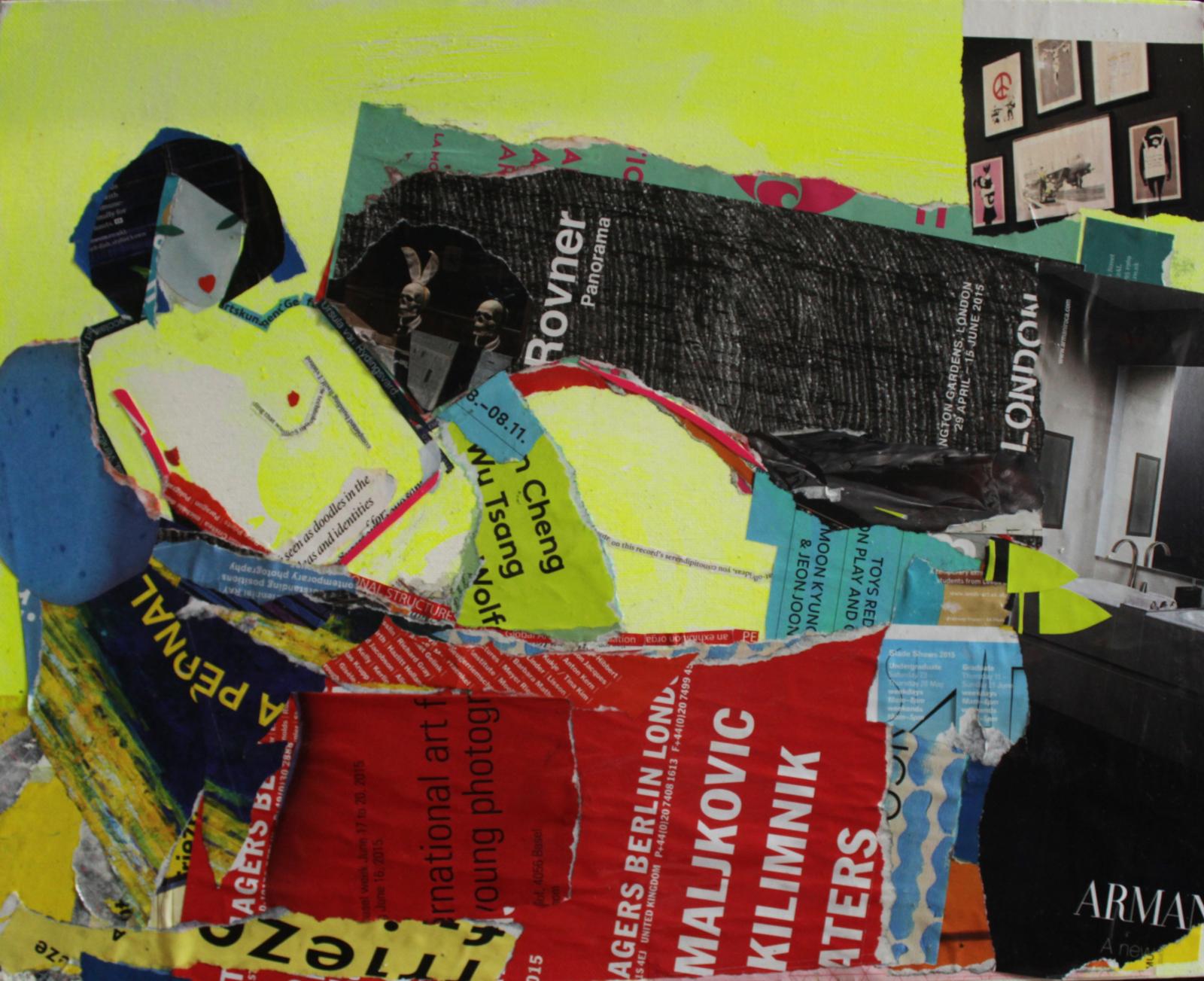