Combining inherited family skills of quilting and carpentry, Los Angeles-based artist Troy Murrah uses thousands of wood fragments, cut from leftover remnants, to construct elaborate wall hangings that replicate traditional quilt patterns. Take a closer look, and find motifs—illustrated and designed by the artist using imagery influenced by his past. His hope is to uphold tradition and craft by refreshing them, while teaching the importance of craft and the skills used to make things with your hands that can be functional, decorative, and meaningful.

Troy holds a BFA in Studio Art from the University of Texas, Austin. He has 20+ years working in production and set design, building and designing recording studios, and saving up material (wood, metal, doors, window frames, etc.) leftover from these jobs along with discarded cabinetry and shelving left on the roadside.

Initially intended as a way to feel close to his mother (quilter and art educator Judy Murrah) after her passing in late 2017, Murrah's "built quilts" (wood quilts) ended up being a great way to use up the reclaimed material and bring new life to the old. Taking on a life of its own, his body of work continues to expand with new artistic additions including more functional pieces created on an ongoing basis.

Since then, his art has been featured in Selvedge, The Jealous Curator, ASPIRE Design & Home, ArteMorbida, amongst others. He has a book on "Wood Mosaics" that will be released by Fox Chapel Publishing in Spring 2021. Currently, he's working on a video series "Wood Riddance" that takes viewers behind the scenes of his process. When he's not making art, he's making music with his two-piece band RESTAVRANT, or enjoying life with his wife, Michelle, and their two sons. 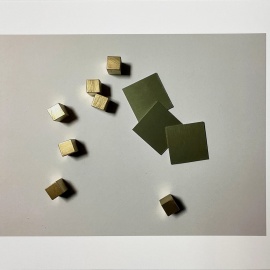 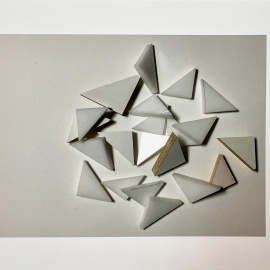 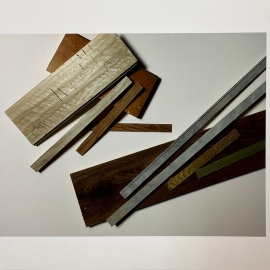 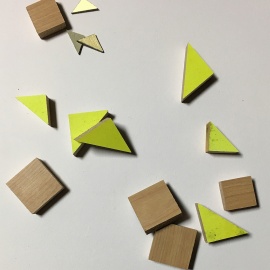 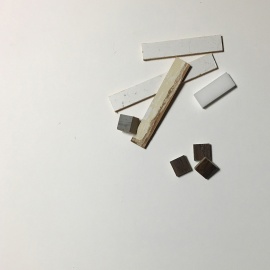 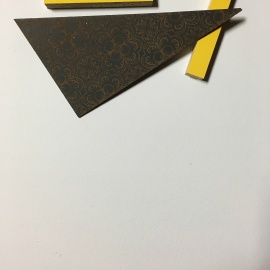 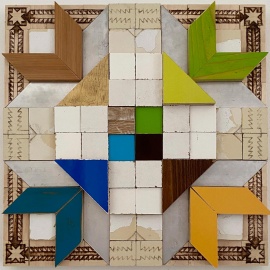 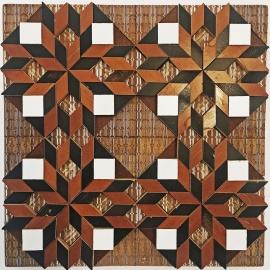 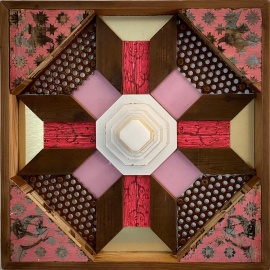