I am interested in perception and distance that I usually start from a topic, a physical object or an event broadcast by the media. They seem to be important information but are actually removed from our daily lives, like a kind of “second-hand information” that we are familiar with but can never experience physically.

There is an incompressible distance between my urban cosmopolitan daily life and the issues and events presented in everyday media. For example, we have so many choices of TV stations, newspapers and websites bombarding us with 24 hours non-stop news, yet this type of information is mostly redundant and repetitive. In Regarding The Pain of Others, Susan Sontag mentioned two notable ideas regarding modern media. The first idea is that public attention is effectively steered by the focus of the media. The other is that “the world

is saturated, no, hyper-saturated with images...in the end, such images just make us a little less able to feel, to have our conscience pricked.” Is the real- ity alluded to by images important to us? Do we really care about something happening half a world away or do these omnipresent images make us insen- sitive? My interest in images and detachment emerges from there.

My work is at the crossroads between image and imagination. I explore the relationship between an object and its dual image, deconstructing its reality, as I perceive it and rebuilding it blended with elements I borrow from other contexts. I am particularly interested in fairytale-like themes, which can often give a sugary appearance to a disturbing piece of content. It creates the visual experience equivalent of a guilty pleasure in a work where more serious, factual information slowly becomes discernible to the viewer. These elements hint at an uneasy mixture of concern, indifference and frustration towards reality, which contrasts with the eerily scenic world that I weave them into. But ultimately the joy of visual experience overcomes the theoretical discourse and the painting becomes whole. 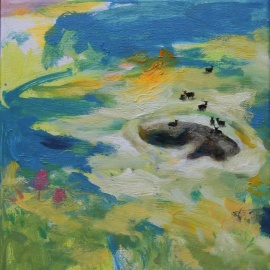 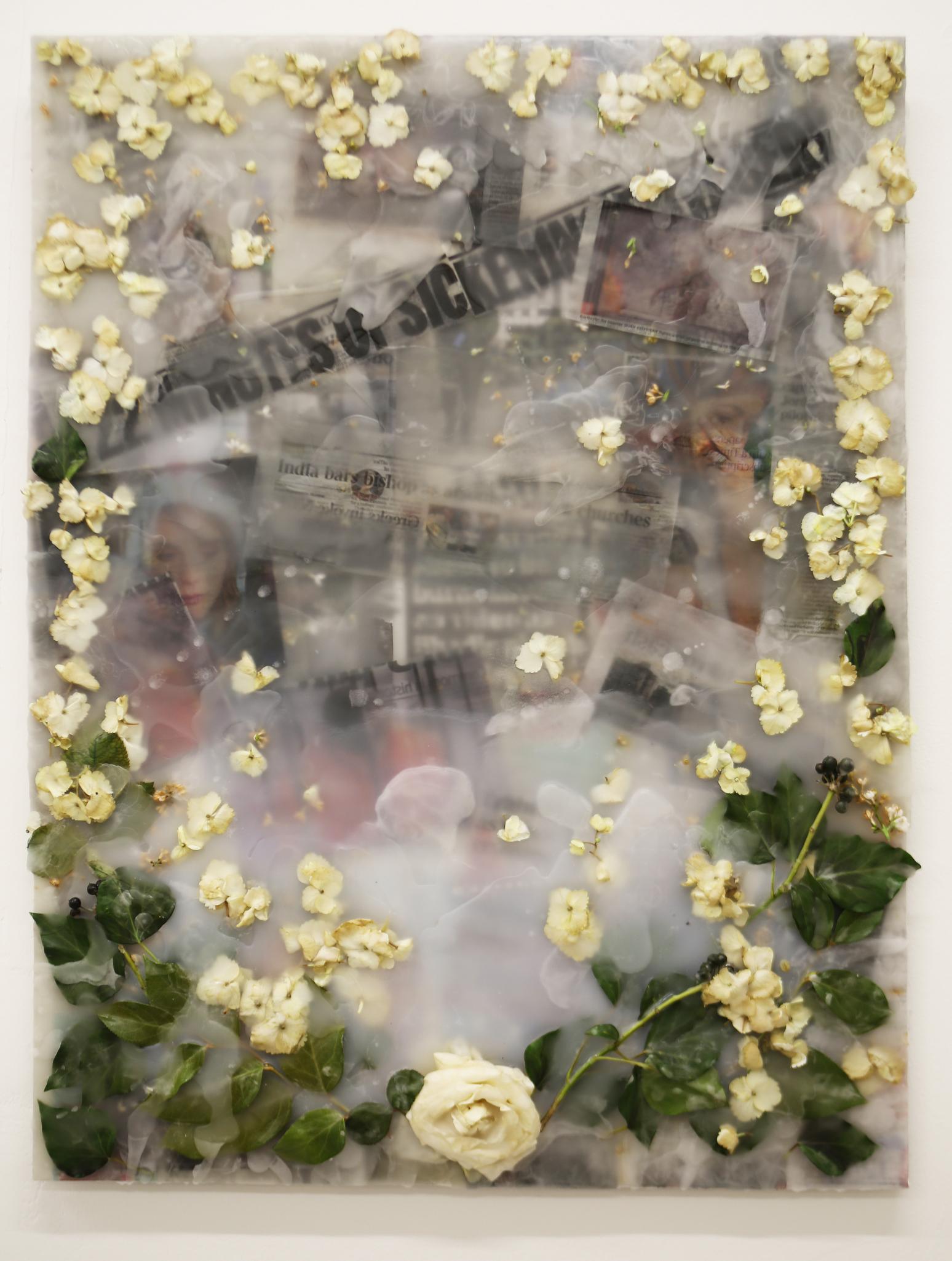 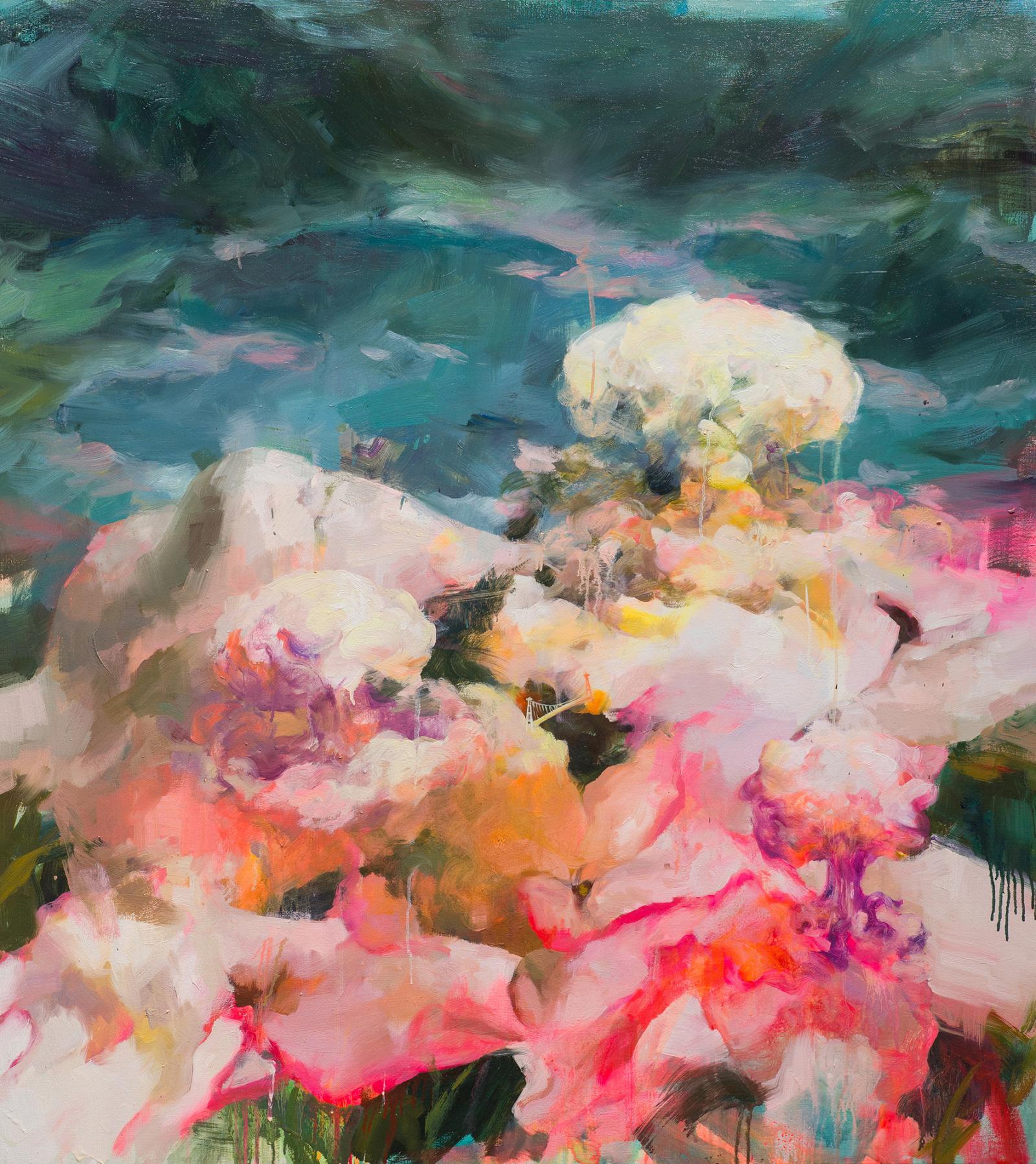 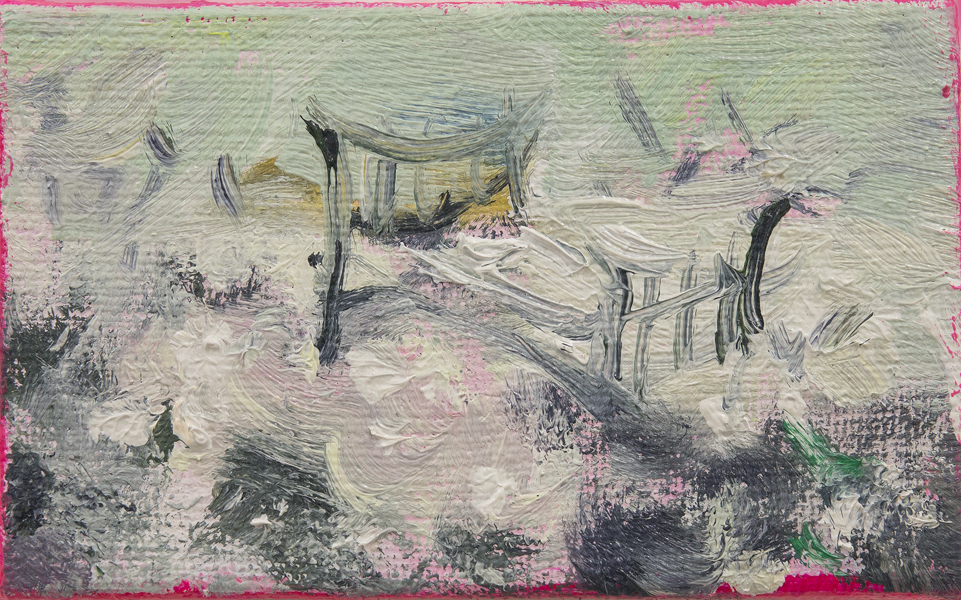